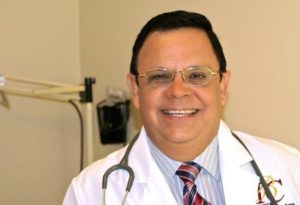 Dr. Rodrigo Rodrigues is the founder of International Bio-Care Hospital. He is an international graduate and a widely respected physician with a successful academic career.

Dr. Rodrigo Rodrigues is the founder of International Bio-Care Hospital. He is an international graduate and a widely respected physician with a successful academic career.

All the treatment methods he has built during his many years of treating cancer and other degenerative diseases are built on the foundation of restoring and using the patient’s biological resources. Dr. Rodriguez is an expert recognized around the world in integrative medicine and he’s very passionate about his important work of helping people regain health, strength, and hope for a better quality of life.

Born in México City on December 3, 1943, he studied at México’s National Autonomous University at the School of Medicine and graduated as a surgeon on March 27, 1969.

He founded the nuclear medicine department at CYDEL Clinic in Tijuana in 1976, where he was later promoted to medical director and later invited to be the medical director at Plaza Santa Maria Hospital in Tijuana, where he had a closer involvement with alternative medicine practices as well as complementary cancer and degenerative disease treatments.

Thank you for being a facility that provides such superb care to your patients, leading them to you from all over. You have helped improve my God Fathers (Jim Lister) quality of life and in doing so have brought joy not only to him but to the lives of all his family and friends. For all you do, we are appreciative and thankful.
Stephanie L USA
My wife and I went to BioCare in 2011 with her having stage 3 colon cancer. She has been cancer free now going on 7 years. Thanks to BioCare. Before going to Biocare, In the US hospital in Alabama, she had colon surgery to remove much of her colon and then she had two treatments of chemo. The Chemo caused her surgery to fail and she had to do another surgery. Then she got staph infection. We decided to go to BioCare after research and talking to others who had been. After a week at BioCare, BioCare cured her staph infection, of which the US doctors could not cure or control. The care at BioCare was impeccable. Nurses at your beck and call whenever you needed them and no waiting like in the hospitals in US. Doctors in house all the time if you needed to talk to them. Food whenever you wanted some. Fresh fruits all day long. Friendly staff in all areas. Cleaner than you will find in any US Hospital. Clean several times a day. Take you anywhere you want within the area such as shopping. Walmart in walking distance. We recommend BioCare to anyone needing treatments for many different ailments and not just cancer. The US doctors and oncologist frown at B17 laetrile treatments and alternative treatments. Why? Because it cuts into their profits. This treatment works and so many people in the US are suffering but needlessly.
Priscilla DHawaii
This is an excellent place to go to get well! Caring Doctors and nurses! You feel better on the treatments!!!
Lori HUSA
Thank You for all your help! Loved the staff and was very pleased with the facility.
Adriana MUSA
Previous
Next
Read All Testemonials 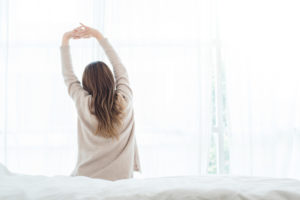